In the world of blockchain, consensus mechanisms are becoming more and more numerous. This emergence is explained by the fact that the projects are trying to create systems that straddle decentralization, security, efficiency and, sometimes, ecology. For some, the Proof-of-Work (PoS) responds better to its challenges. But for its detractors, Proof-of-Stake is the best solution. The recent Surfin’ Bitcoin conference made it possible to conduct an open discussion on the topic. 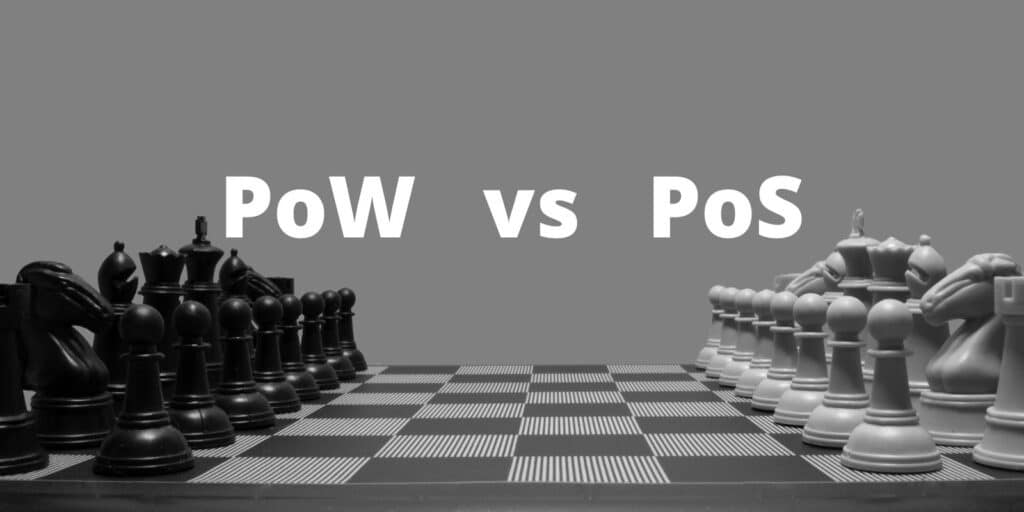 A quick reminder about how PoW and PoS work

On the one hand, Proof-of-Work consists in deploying computing power to validate blocks of transactions. The greater the amount of energy injected by the miners, the more likely they are to receive the reward. This pushes miners to invest in large mining farms in order to maximize their earnings.

On the other hand, Proof-of-Stake allows blocks to be validated by immobilizing crypto on the network. In case of attempted fraud, the system has the possibility to punish the perpetrators by withholding all or part of their assets or by blocking their address. This guarantees a certain level of security since no one will want to compromise themselves for fear of reprisals.

Last Saturday, the crypto popularizer Yorick de Mombynes moderated a debate on the theme “PoW vs PoS: the war of consensus algorithms”. In the panel of experts who participated, we had: Gilles Cadignan (Woleet), Fanis Michalakis (LN Market), Monsieur-TK (YouTuber) and Abdelhamid Bakhta (StarkWare). The discussion revolved around several axes, including the problem of centralization.

For some of these experts, PoS has a very centralized character. For good reason, mining is nowadays a very industrialized field. This favors large mining farms, since for individuals, the purchase of adapted equipment is a major brake. According to Gilles Cadignan, this situation heralds the end of the practice of solo-mining. That said, he hopes that in the future, with advances in technology, it will be possible to better redistribute powers in order to avoid such centralization.

Moreover, it seems that profitability evolves according to the energy resource to which we have access. This could be interesting for small structures if they settle in more advantageous areas. In addition, since the mining difficulty is automatically adjusted via the hashrate, there is a way out for small miners.

Consider on the other hand Ethereum (ETH), which is about to move to Proof-of-Stake. The blockchain provides that each validator locks at least 32 ETH to create a validation node. It also represents a significant investment and risks creating a centralization around ETH holders. Moreover, it seems that for validators, the barrier to entry is as important on Ethereum as on Bitcoin. Considering the fact that, whether you invest in 32 ETH or in a mining farm, it is relatively the same.

In the same vein, Fanis Michalakis raised the question of the impact of the geopolitical context on centralization. According to him, the fact that many large Ming farms have moved from China to the United States poses a significant regulatory risk.

PoW or PoS, which is more secure?

The security of consensus mechanisms takes into account several factors, including those that affect privacy. Among them, censorship.

Censorship can be defined as a voluntary obstruction of freedom of expression by a public body. In a blockchain network, it makes it possible to delete suspicious transactions or block supposedly malicious users. However, if it may prove necessary in everyday life, it is necessary to find a balance with respect for individual freedoms. Concretely, from a purely ideological point of view, everyone should be able to send money as and when they want.

However, it seems that with Proof-of-Stake, validators have a very important censorship power. Which implies a significant risk of infringement of freedom. On the other hand, with Proof-of-Work, this risk is limited.

In addition, attacks at 51% are more difficult to interrupt in the case of PoS because it is more impossible to dislodge an abusive validator if he has taken control of the majority of tokens.

However, in the case of PoW, energy and servers are independent resources to the network. So it is enough to get it to reverse the dominant trend. That said, attackers may very well acquire more too. In addition, the logistics stock available remains a constraint. However, in this case, it is enough for honest miners to withdraw from the network.

Moreover, it would seem that the reaction speed on PoS is much faster than on PoW. The solution to improve security is then perhaps to combine the two, so that an attacker is forced to make a 51% attack in PoS and PoW to take control of the network.

Taliban and cryptos do not mix