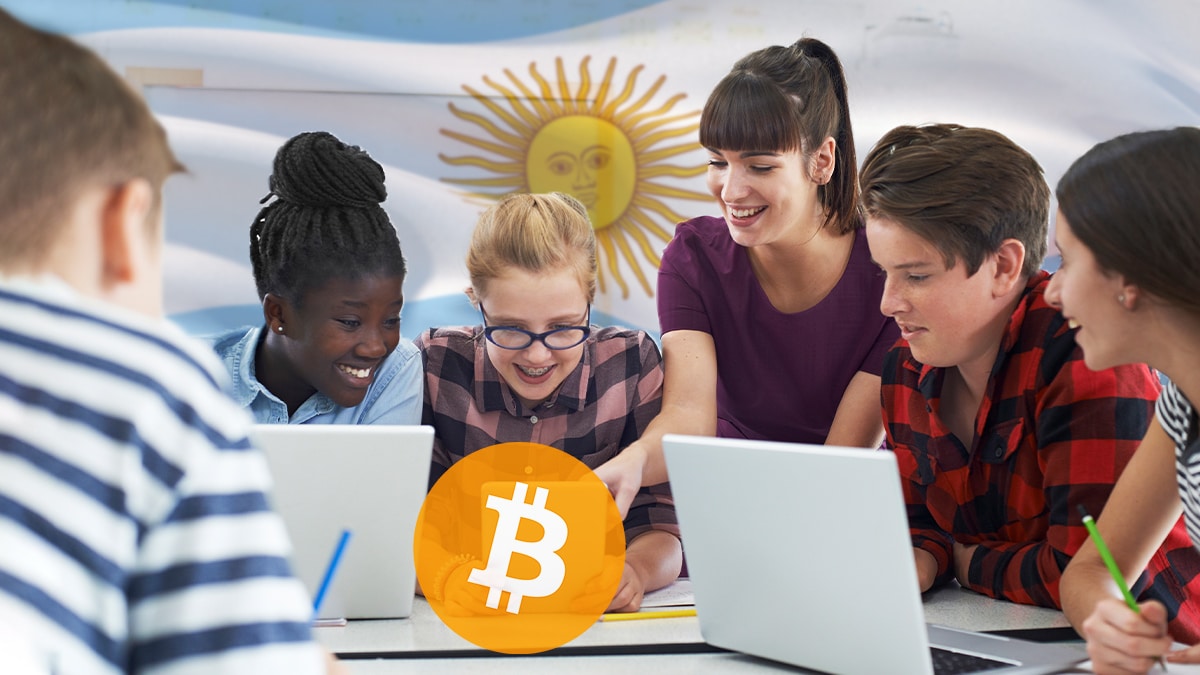 “We believe that education at all levels is a crucial step towards the next wave of global Bitcoin adoption.” With this in mind, the Foundation Built With Bitcoin and the NGO Bitcoin Argentina, together with the exchange Paxful, will launch a program for 40 secondary schools in the country to receive teachings on the basic principles that the first and most popular of cryptocurrencies contemplates.

It is a vocational guidance and training program on Bitcoin and its blockchain, which will be aimed at teachers, educational institutions and students of the last years of the secondary level.

The work plan aims to to train more than 4,000 students, who from next August will work on the creation of pedagogical material in different formats. Later, inter-school meetings will be held to present the proposals prepared by each of the groups, says a statement from Paxful sent to the CryptoNews email.

On the one hand, the project seeks to impart knowledge between teachers and students so that these understand the advantages and benefits offered by a decentralized financial system such as Bitcoin. And, on the other hand, “the Paxful and its allies program aspires to help schools take momentum in their digital transformation, especially so that they can adopt the uses, languages and concepts of these technologies,” as the statement adds.

“All secondary schools in the country are invited to be part of, to be encouraged to participate in this change that the world is going through in a dizzying way,” said Jimena Vallone, Institutional Development Coordinator of ONG Bitcoin Argentina.

Educational centers interested in participating should send a communication to the e-mail [email protected] . The team behind the project invites to participate in an introductory talk that they will dictate via Zoom next Thursday, May 5th.

As published by CriptoNeticias last year, 22.1% of the participants of a consultation carried out by Paxful in Argentina stated that they “feel totally or quite confident” to operate with bitcoin and other cryptocurrencies.

In addition, among those who have already made a transaction with cryptocurrencies, the percentage that expresses having this degree of confidence amounts to 67.9%. 84.9% of them would be willing to do new operations.

Surely it is because Argentina is one of the Latin American countries with the highest bitcoin adoption. And, now, by bringing education about the pioneering cryptocurrency to schools, it means that they support a movement that focuses on youth and shares the power of bitcoin as a peer-to-peer financial tool for the masses, as noted by Ray Youssef, Founder and CEO of Paxful.