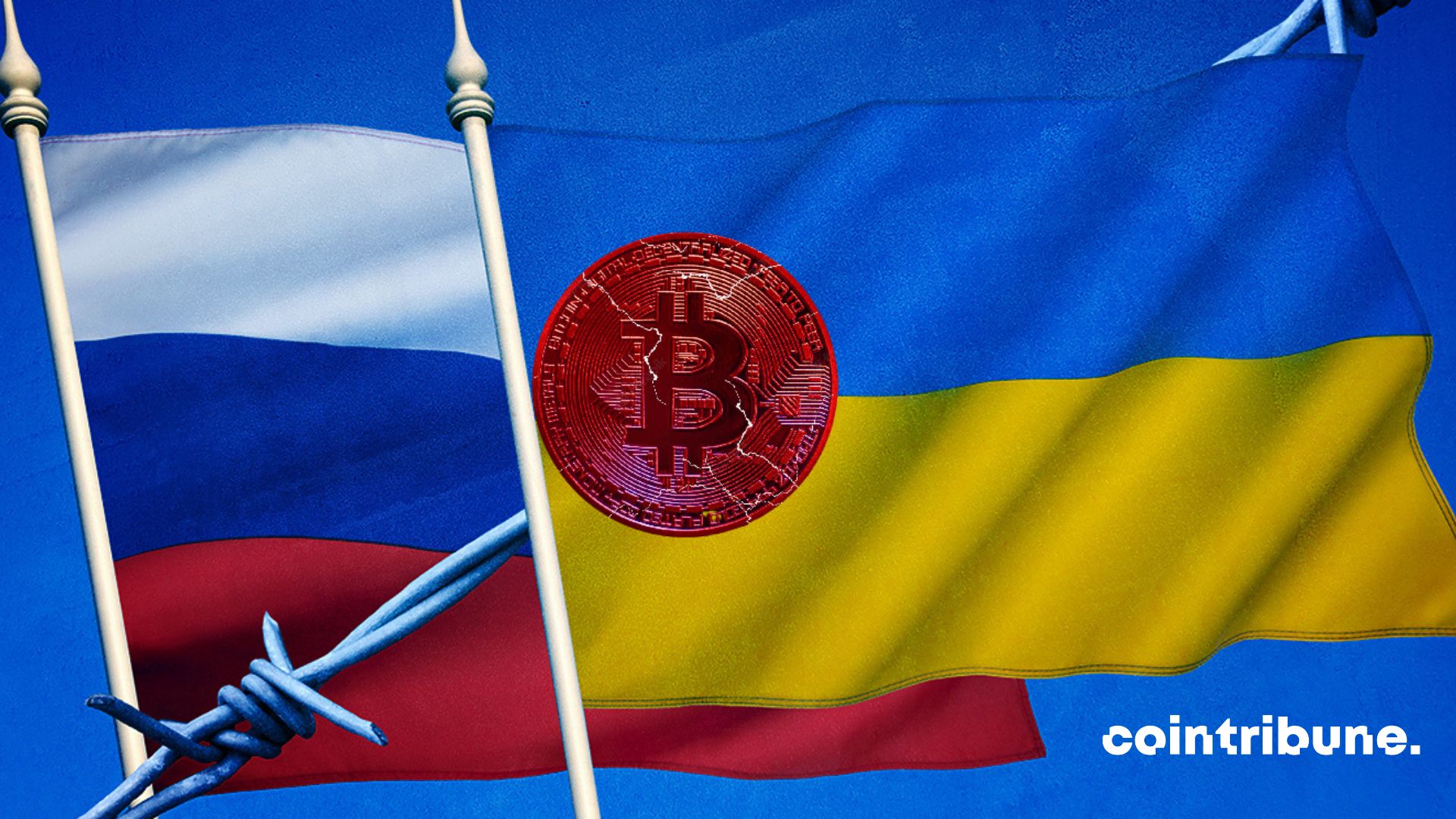 In conjunction with the military assaults, Ukraine and Russia seem to be waging a parallel war in the crypto sphere. While Ukraine has publicly requested donations in cryptocurrencies since the beginning of the conflict, the country has just frozen a wallet used to finance Russian military campaigns. 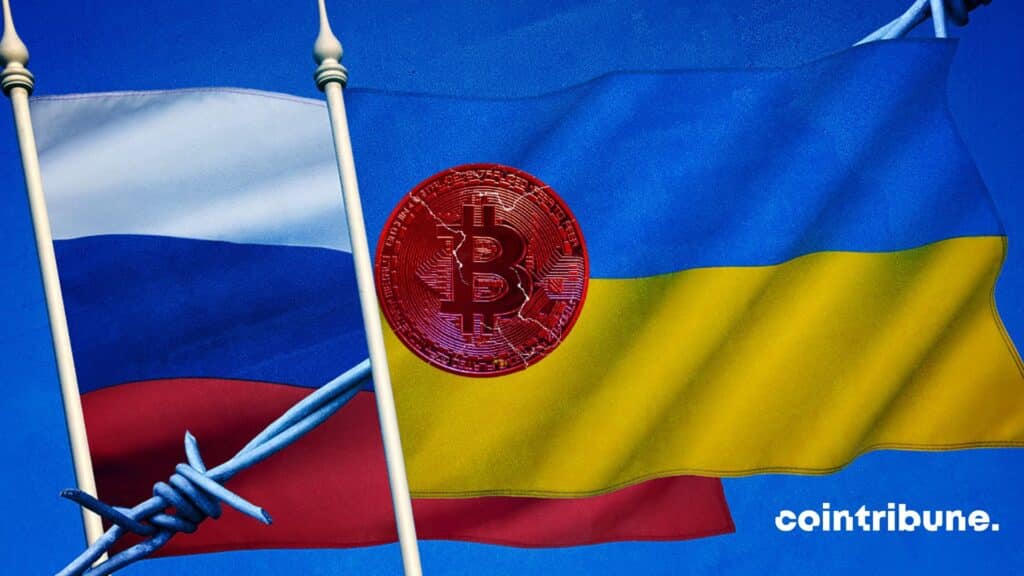 Observers have already dropped the term crypto world war just a few weeks after the start of the war in Ukraine. Since the first Russian assaults, Ukraine has publicly asked for donations in cryptocurrencies to organize its defense. Why cryptocurrencies? Mainly because with digital assets, funds are quickly available. In April, for example, Ukraine was able to collect the equivalent of $100 million in cryptos. The government recognizes that the sum is much lower than that obtained in fiat currencies. Nevertheless, in the absence of an intermediary, funds are quickly available.

Russia is also partly fueling the crypto war on its side. According to a recent report by blockchain research company Chainalysis, the country has so far raised almost $2.2 million. Russians mainly received donations in bitcoin (BTC) and ether (ETH). The sum remains paltry compared to that obtained by Ukraine. Although the contributions are “small”, the Russians claim that these provide significant support for the effectiveness of its troops. The funds are mainly allocated to propaganda on various websites and to the purchase of military equipment (drones, communication devices, weapons, bulletproof vests …).

War in Ukraine and the crypto blockade

Since the beginning of the war in Ukraine, international coalitions have inflicted financial sanctions to Russia. These are aimed at weakening its ability to finance the war, while sparing vital sectors such as food, agriculture, health and pharmacy. Penalties correspond to restrictive measures on the import and export of certain goods. The products concerned are carefully selected to maximize the impact on Russia and minimize the damage to other countries. Faced with these sanctions, experts predict a rise in inflation in Russia. An increase that can climb up to 22%.

At the same time, Ukraine has just organized the crypto blockade of Russia. The Ukrainian Security Service SSU (Security Service of Ukraine) seized and blocked a cryptocurrency wallet. This agency is working on the monitoring of funds and their transfer under Ukrainian jurisdiction. The wallet, used to finance the Russian military campaign, belonged to an unidentified Russian citizen. The wallet contained almost $19,500 in cryptos. The seizure would have been possible thanks to the evidence provided by anonymous foreign crypto companies. The SSU warns that the hunt for wallets of the pro-Russians is open. War is declared.

Ukraine is taking advantage of donations to defend itself. Russia uses it to finance its army. The war in Ukraine has really played the role of a catalyst for crypto transactions. Aware of the potential of digital assets on several levels, the two countries have obviously decided to wage a more sophisticated parallel war. For observers, this situation could accelerate the establishment of a framework that will regulate cryptocurrencies. And this, knowing that Russia can also consider going through this route to circumvent the sanctions.