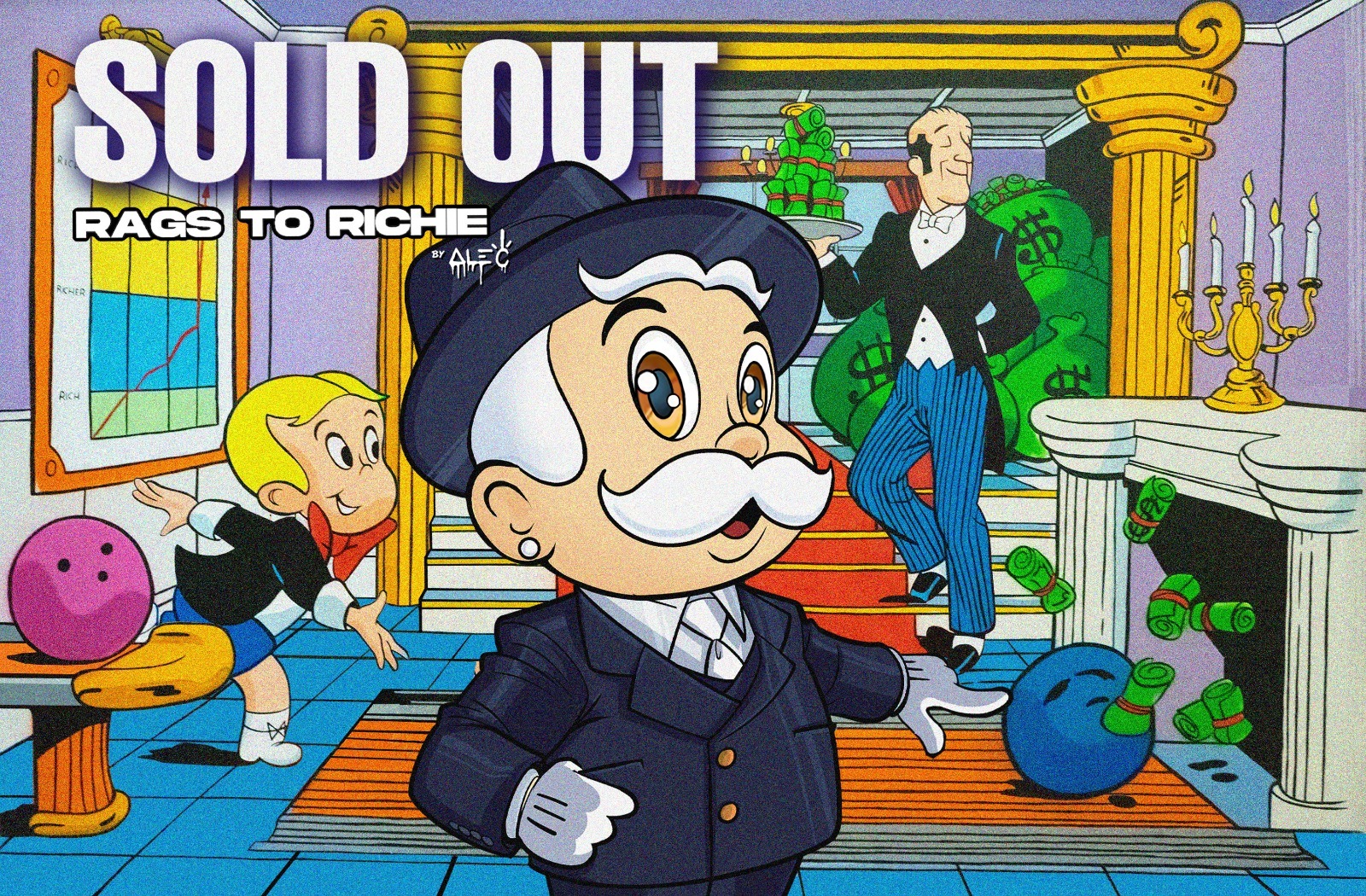 The world of NFTs is not at rest. This statement proved to be especially true on Sunday evening, at the launch of the NFT collection by the world-famous Street-Art artist Alec Monopoly. Undermined by repeated technical hiccups, the operation turned into a total fiasco triggering the fury of buyers. But all is well that ends well. Summary of operations and inventory of the project. 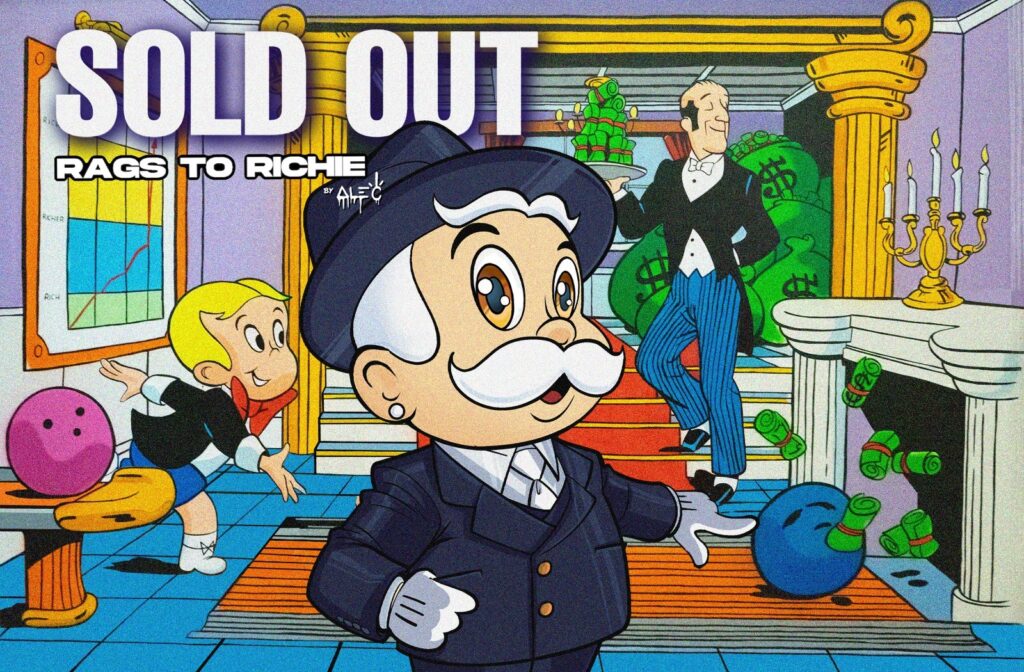 Alec Monopoly is an American street artist known for appropriating the mascot of the Monopoly game, Rich Uncle Pennybags. He paints in a style “comics”to criticize capitalist hierarchies through the language of consumer culture, the media and pop iconography. He shares his concerns with the British Street artist Banksy. His works sell between 25,000 and more than 125,000 dollars each and his Instagram account has nearly 1.5 million followers.

What could be more logical than launching an NFT collection. Especially since he has already tried the field in March 2021 through a collaboration with the Latin street-art star Ozuna during a sale on the NFt sales platform ArtGrail launched by gallery owner Avery Andon, Alec’s brother. The success was total with a “SoldOut” in a few hours.

Except that launching your own NFT collection represents a challenge of a completely different nature. Initially, Sunday’s sale was planned in two stages:

A service provider not up to the task and angry buyers

Add to this a very poor crisis management on the part of the provider, as well as a communication error consisting of simply closing the messages on the Discord. That’s how on this silence several hundred pest tweets have begun to bloom on the official account (RAGS to RICHIE by Alec Monopoly). These accused the artist of the bird names practiced in the crypto : RugPull (“pulling the plug”), Cash Grab (“sting the money”), and others.

While the SoldOut (Total sale) was almost done thanks to the reputation and the community of fans around the artist, it was barely 35% of the NFTs who finally left in the early morning. Last but not least, an analysis of the wallets used during the operation showed that 400 NFT have been mints within the first 30 minutes for a cost equal to zero on a wallet belonging to the team. And it was off again for another round of suspicions and conspiracy theories. While the experts were talking about a school case of “everything you shouldn’t do during an NFT launch”.

But as is often the case in the crypto world, everything will change positively during the next 48 hours. First of all thanks to the responsiveness of Alec, his agent Avery. But especially thanks to the service provider who will finally fold the towel, put down the Moritos, put his pants back on, leave the beach bar and get back to work. And that’s where things get interesting. We are going from an almost impossible situation but this shock team will know how to return to an exceptional operation. It already delivers more than 100% added value compared to the issue price of NFTs in just 3 days.

Turnaround for Alec Monopoly thanks to communication with fans

First, in order to resume the speech, an AMA (“Ask Me Anything”) is organized and will allow everyone to ask all the questions to get all the necessary clarifications. The 400 tokens issued on an Alec Monopoly account? Planned for a long time because it is an airdrop intended for collectors of the previous collection (the collaboration Ozuna-Monopoly on ArtGrail). Technical problems: explained, mea-culpa in support.

And the harm suffered by those who waited and stressed for more than 6 hours before they could buy their NFT? And the reputation of the operation tainted by these problems and which ultimately did not “SoldOut”, while this is one of the conditions in general for NFTs to gain value? On these points, too, Alec will answer. He will be creative in 4 points like no one before him in such a situation:

The clarifications of the Alec Monopoly project

CQFD. The rescue operation is brilliant, the buyers of the NFTs are delighted again, contact has been restored between the artist and his community. Forget the hassle of the launch, and make way for the euphoria in front of the coast that has been rising every minute since then. Sold at 0.5 ETH at launch, the NFTs of the RagstoRichie by Alec Monopoly collection are now trading at more than 1.2 ETH. That’s 140% added value!

Beware of fake synonymous collections on OpenSea. Indeed, the official collection link (recognizable by its blue badge validating that the account has been validated by the platform) is here.