ECB Pulling Support The markets are clearly in a euphoric state at the moment despite so many risks. The simple…

The markets are clearly in a euphoric state at the moment despite so many risks. The simple reason, as we’ve stated many times in this QE Newsletter, is that markets are quite confident that no matter what happens, the Fed and the other central banks will always be there to bail them out. Well, that might not be so true!!

According to a public statement this morning, the European Central Bank seems to be setting the stage to pull that support…

We’ve heard these type of statements from analysts before but it’s very rare to hear them from a central bank boss. Their job is to instill confidence in the system that they represent.

Further down in the same article is another rather revealing quote that encapsulates this sentiment. This one from the ECB’s chief economist Peter Praet.

That’s right ladies & gentlemen, there is no free market anymore, the central banks have killed it. Only now are they starting to admit that they’ve gone overboard.

The ECB is now in the middle of a full review of their economic policy and the affects of the drastic stimulus measures that have been in place for the last five years. Statements like the ones above have me believing that they might be setting the markets up for a disappointment.

Along with the risk on sentiment in the rest of the markets the crypto market has been going off the rails lately.

Here we can observe the upward facing channel that’s been in play since the US airstrike on January 3rd. 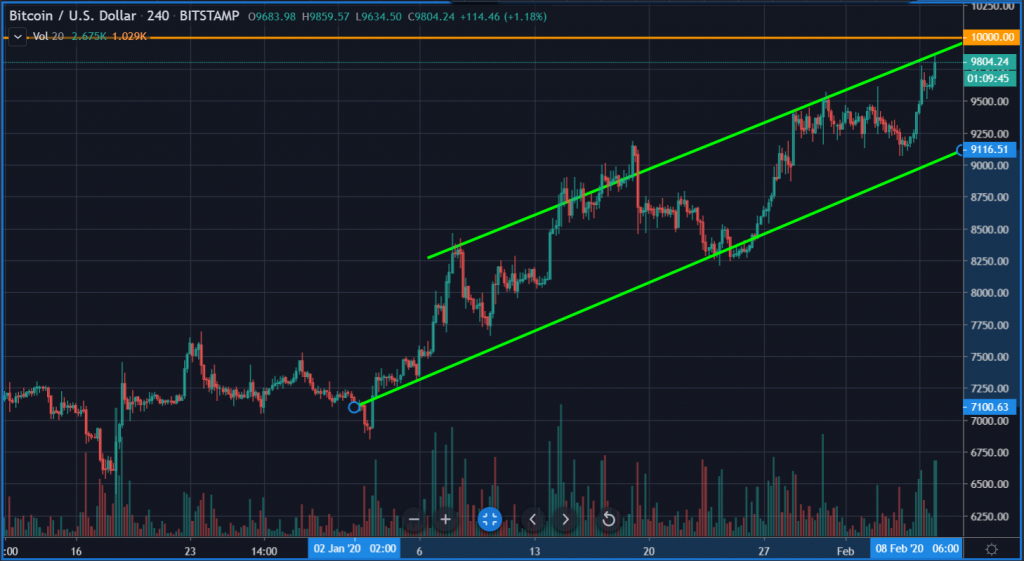 As you can see, we’re now at the top of the channel. So, the natural tendency of the market would be to give a retracement and fall back to support (lower green line) before giving a real test of the major resistance of 10k (orange line). However, it’s not impossible for an upward break of an upward channel. These things have been known to happen. 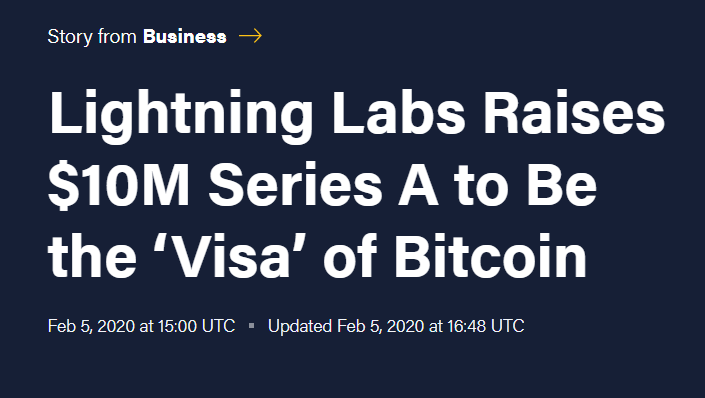 Just like Visa allows people to quickly and conveniently pay for things with fiat money, the lightning network aims to do this for bitcoin. One of the main issues holding bitcoin back from adoption in regular every-day commerce is that transactions are slow and expensive.

So far, the main issues I’ve had with Lightning is that it’s not very user-friendly. Perhaps this little funding round can help change that.