YouTube is the second most popular website on the internet, with over one billion hours of video consumed every single… 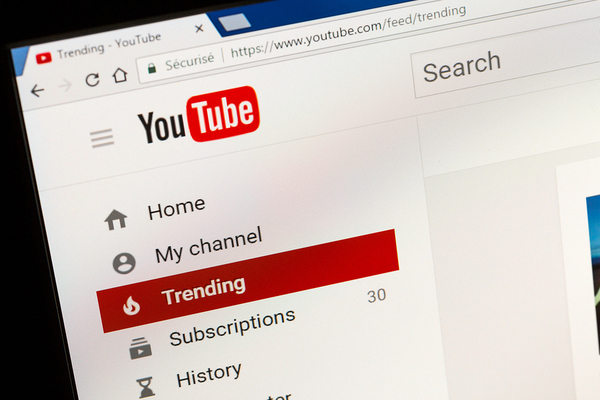 YouTube is the second most popular website on the internet, with over one billion hours of video consumed every single day. The video sharing site has been in existence since 2005 and is used to share entertainment, movie trailers, music videos, documentaries, educational videos, and much more.

Of course, the blockchain space has taken to YouTube and some of the blockchain videos have millions of views, showing just how popular this new technology is. Many of the popular videos explain just what the blockchain is, or how it can be used, and in some cases, how it will change our world. All of these show how interested people are in learning what blockchain is and the impact it is having worldwide.

Because some people find it far easier to learn from a video rather than from a text-based source, the Bitcoin Market Journal team has put together this resource of 10 of some of the most watched YouTube Videos for 2020. This is a perfect place to begin an exploration of blockchain technology and its flagship, bitcoin.

1.      How does a blockchain work – Simply Explained (3,568,741 views): Number one on our list comes from the group at SimplyExplain, which is all about taking complex subjects and explaining them in plain English. This six-minute video does that precisely and concisely. If you’ve always wondered how a blockchain works but other explanations haven’t clarified things, this may be the perfect explanation for you.

2. Ever wonder how Bitcoin (and other cryptocurrencies) actually work? (2,981,445 views): As the oldest blockchain-based currency, it can be useful to learn how bitcoin works if you want to know how blockchain technology works. This video from the 3Blue1Brownchannel takes on explaining how bitcoin and blockchain work by digging into the details of creating your own cryptocurrency.

3.     Bitcoin: HowCryptocurrencies Work (2,909,955 views): Just barely edging into the number three spot is this older video explaining how bitcoin works in a simple and easy-to-understand manner. Interestingly, the video isn’t from a blockchain expert. Instead, it comes from the SciShow channel and is hosted by Michael Aranda, an American vlogger, musician, and professional online video producer.

4.     Blockchain Expert Explains One Concept in 5 Levels of Difficulty (2,411,548 views): From the online technology magazine WIRED comes this educational video that has blockchain researcher Bettina Warburg explain the technology behind blockchain to a child, a teen, an undergraduate student, a graduate student and finally, a blockchain expert. It’s a great concept and by the end of the video, you should have an understanding of blockchain at various levels.

5.     Life of a Miner, From Altcoins to Bitcoins over 4 years (2,137,287 views): If you’ve ever wondered what the life of a bitcoin and altcoin miner might be like, here’s your chance to learn from someone who lived it over the span of 4+ years from 2013 to 2017. Digital Gold goes through the ups and downs of 4+ years of mining in the span of just over 7 minutes. This one video is more than half the views for the entire Digital Gold channel because it’s so entertaining.

6.     19 Industries The Blockchain Will Disrupt (1,708,752 views): Blockchain technology is promoted as a highly disruptive technology, so it’s no surprise that a video detailing which industries will be disrupted by blockchain technology makes it into our top ten list. One excellent feature of this video by the Future Thinkers podcasters is that it not only gives a good understanding of what blockchain is through its explanations of various blockchain applications, but it also gives a number of real-world use cases for blockchain technology.

7.     How the blockchain will radically transform the economy (1,668,640 views): The next video on the list also comes from Bettina Warburg. It is her TEDx Talk video from 2016, but it is still informative, easy to understand, and relevant today. It is also increasingly popular as a resource to learn about blockchain and how it will change our global economy in the coming years.

8.     My Top 3 Cryptocurrencies for 2018 (1,264,738 views): Louis Thomas is a modestly popular YouTube cryptocurrency vlogger, but for some reason, this video took off for him, garnering over 7x as many views as his next most watched video. Since it was posted at the end of 2017 and as 2018 was starting, it’s interesting from a historical perspective, but you’ll have to look elsewhere for 2019 predictions for the best coins of the year.

9.     Blockchain: Massively Simplified (1,263,637 views): The final video with over 1 million views comes from the TEDx Talks, which isn’t too surprising given the extreme popularity of this series. This particular TEDx talk is by Richie Etwaru, the founder and CEO of Hu-manity.com, an organization dedicated to developing human rights and corollary sovereign laws in a decentralized manner on blockchains. Specific to this TEDx talk, Richie is an adjunct professor of blockchain management at Syracuse University in New York, and he has delivered over 100 blockchain keynotes across the world.

These are just the ten of the most watched videos for 2020 on YouTube. There are hundreds of other useful videos for learning about bitcoin, blockchain, programming, development, and any other facet of this new technology that is changing our economy and the way we look at storing data in the future.

Subscribe to the Bitcoin Market Journal newsletter to stay on top of useful and entertaining news about the blockchain ecosystem.